Montana State University (MSU) Hockey split with Boise State this weekend in a two-game road series.
On Friday night, the Bobcats topped the Broncos 5-3 in a neutral site game in Sun Valley, but would fall 6-3 on Saturday in Boise.
In Friday’s win, Ryan Padden would score a quick goal just 16 seconds into the game. Five other Bobcats would join Padden on the score sheet.
Saturday’s game would be played in the 5,000 seat CenturyLink Arena, home of the minor professional Boise Steelheads of the East Coast Hockey League (ECHL). Zach Lane, Sam Coulter, and Ryan Perius would all have goals in the contest.
“We played a good hard couple games this weekend, we’re a young team and need to come together to find a way to win,” said Padden. “As a team, we’re off to a decent start, but need to focus on small details and finding our roles in the weeks to come. We have a good talented group of guys this year and we’re excited for weeks to come.”
The Bobcats will return to Bozeman for their home opener on Thursday, October 24th when they take on Weber State at 8:30 PM. MSU then continues their homestand Friday against Utah State at 7:30 PM, and Sunday against Brigham Young University at 3 PM. All 3 games will be played at the Hayes Pavilion at the Bozeman Fairgrounds. 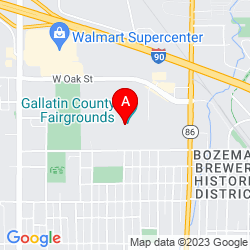